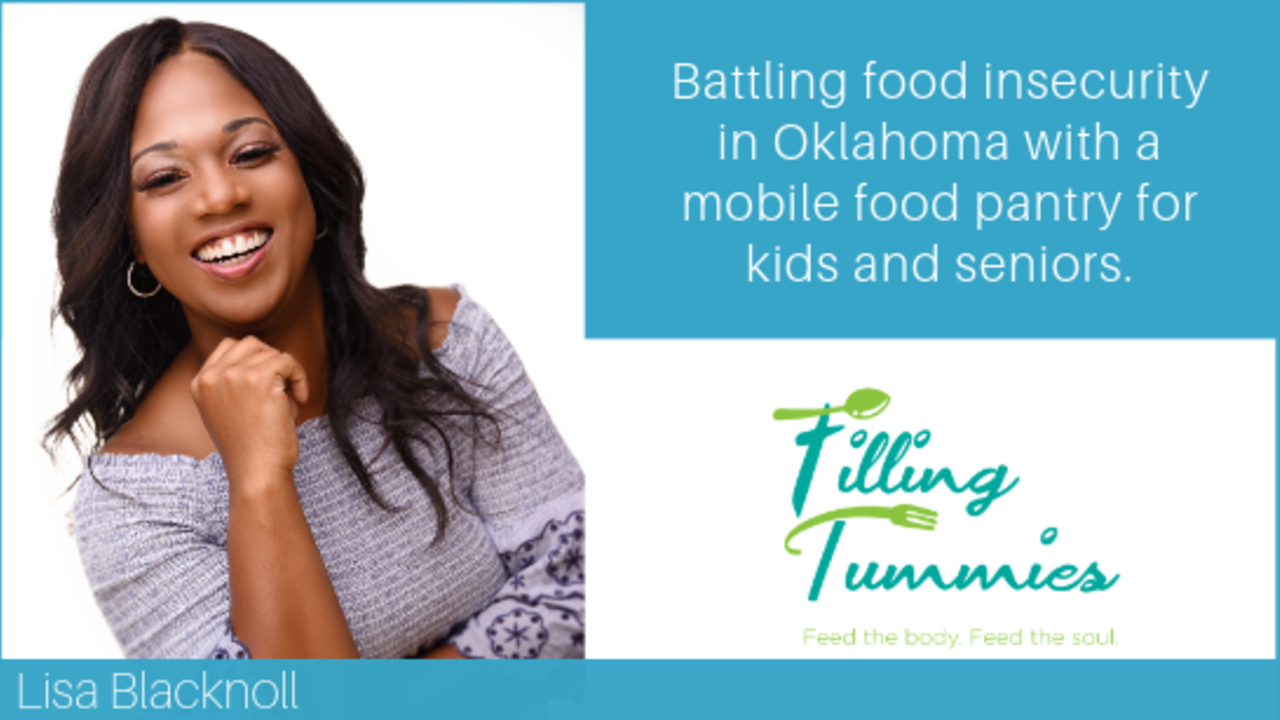 Lisa Blacknoll is a woman who, once she identifies a problem, does something about it.

After her third child was born, she worried about the transition from breastfeeding to bottle-feeding when she returned to work as a proposal manager for Boeing. She had tested a bunch of bottles, but none of them really had what she wanted – something that would mimic the experience of breastfeeding.

Finally, she decided to design a baby bottle herself. She did extensive research, found elements of some bottles that she liked, modified other parts to make them what she wanted, and set up a company, LUX, to distribute her product. Soon she had orders from around the country and, literally, the Good Housekeeping seal of approval. Good Housekeeping ranked LUX in its top three baby bottle products.

Lisa had been interested in donating some of her baby bottles to women in need and, around the same time, her mailman told her about seeing a child eating from a can a pet food.

Lisa did some research and found out that her state of Oklahoma was one of the worst in the nation when it came to food insecurity. Studies show that 25 percent of the state’s children are at risk of going to bed hungry. Meanwhile, 1 in 6 seniors don’t know where their next meal is coming from.

She gathered a group of friends and colleagues together and founded the nonprofit Filling Tummies. Together they started a community garden and brainstormed about how to fight hunger in Oklahoma. They knew there wasn’t a shortage of already existing organizations battling food insecurity, so what could they do that was different? What might be keeping people from accessing the nutritious food they needed?

Then it hit them - mobility.

Yes, there were food banks and pantries, but you had to go to them. What if you were a senior who couldn’t get out of the house. What about young kids who didn’t have a car to drive to the nearest food bank – if they even knew such things existed. And then there were those areas known as “food deserts,” where fast food places might abound, but it was really difficult to find affordable, good-quality fresh food.

“We knew what we had to do,” Lisa says. “We had to bring the food to the people.”

With that, the group began to work to create a mobile food pantry. They raised funds to purchase and retrofit a former school bus. They also painted it with the eye-catching colors that you’ll find in the Filling Tummies logo – with lime green and sky blue. The sides of the bus were fitted with racks where they could attach baskets of fresh fruits and vegetables. Inside, the seats were stripped out and replaced with two aisles of packaged food, canned items and other staples.

This past fall, they hit the road, bringing their bus to schools, senior centers, low-income housing complexes, and rural areas.

When they come to an area, it feels like a party. Age-appropriate music is played as kids and adults are encouraged to grab a bag and fill it with the food they want. Pictures from these events show happy people exploring the offerings in and around the bus. The whole experience doesn’t have the feeling of a charitable hand out, but of a fun day shopping trip in a really unique market that happens to be on wheels.

“We don’t want to just bring them food, we want to bring a smile to their faces,” Lisa says.

The group’s website illustrates why this fight is so important.

Hunger negatively impacts health, leading to a dramatic increase in chronic illnesses including kidney disease, hypertension and diabetes. It delays the development of infants and impacts how children learn in the classroom. Ultimately, it affects a community’s economic prospects, by weakening the labor force while increasing health care costs.

In the short time that its been operational, Filling Tummies has had a big impact in the Oklahoma City area. It has created strong partnerships with food producers, sellers and restaurants, gotten corporate backing and distributed thousands of pounds of food. It’s attracted lots of positive news coverage both on television and in print (one of my favorite stories about Filling Tummies had this terrific headline: “The Meals on the Bus Go Round and Round.”)

Last month, Leadership Oklahoma, which harnesses the work of community leaders to create positive change in the state, honored Lisa and Filling Tummies with a “Helping Oklahoma” award for its work.

You can learn more about Filling Tummies here.