An Inspiring Woman on a Mission: Heidi Olinger 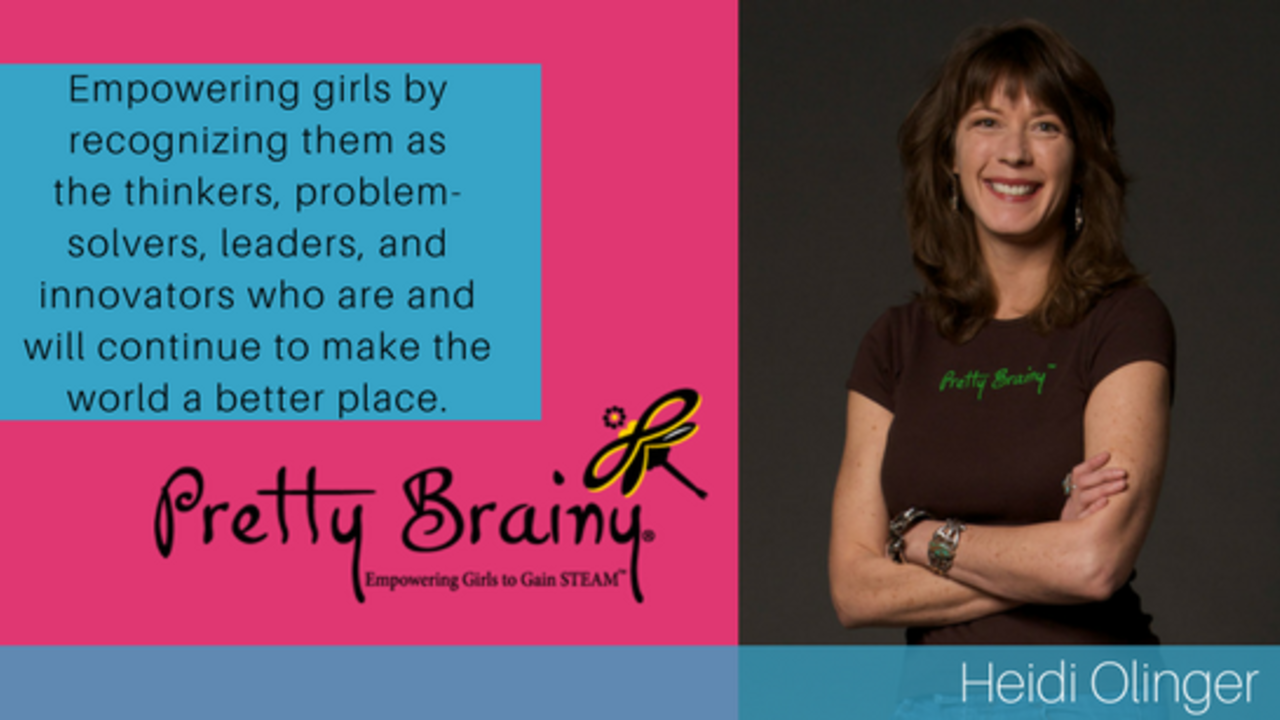 Originally convinced that she was never going to use the subject in “real life,” Heidi fell behind. The terms were like a foreign language she couldn’t master. When she realized she needed help, she arranged for afterschool tutorial sessions with her teacher.

Now you would think most educators would jump at the chance to bring a formerly disinterested student back into the fold. Unfortunately, that wasn’t the case for Heidi.  The teacher often missed the sessions and once blithely told Heidi in the hallway she should get help from her boyfriend.

Heidi’s grades slipped, along with her self-esteem. When Heidi’s parents confronted the teacher about why their daughter, who was earning A’s and B’s in her other subjects, was getting a D in math, the teacher dismissed her saying, “Well, Heidi’s a ‘D’ student, isn’t she?”

The new school term didn’t bring any relief. Instead, on the first day of class the teacher called Heidi up in front of the room, announced she did not belong there and hissed for her to get out.

Heidi went to her school counselor for help. He told her three important things: (1) the teacher had no authority to kick Heidi out of that math class; (2) the teacher had an obligation to teach Heidi; and (3) Heidi could do this. She was capable and competent, and she needed to march back into class, demand readmittance, and take her rightful spot.

Heidi did – and aced the class.

She went on to gain multiple degrees and did post-graduate work at Harvard. She ultimately became a teacher herself and received honors for teaching excellence. Her focus has always been making sure that those who are underrepresented found their voice. One of her main concerns was ensuring that young girls didn’t lose their interest in STEAM (Science, Technology, Engineering, Math, plus Art) because it was considered not feminine or a shortcut to being unpopular.

Which is why ten years ago, Heidi founded Pretty Brainy, with its vision of empowering two million girls to develop their STEAM abilities and genius to positively impact their communities.

Pretty Brainy uses free tutorials, teaching modules and events to cultivate an interest in STEAM (which, by the way, is an interest girls naturally have right up until the point when they are told that, as a gender, they aren’t good at it).

It ties STEAM learning to the things that young girls value, be they relationships, finding their place in the world, or fashion. (One of Pretty Brainy’s most popular items is a free e-book called Fashionably Mashed: The STEM of Fashion Design.™)

Pretty Brainy champions girls working cooperatively to come up with solutions to real-life problems using STEAM. And it gives them a safe place to experiment – and even fail – as they work on solutions.

A report called “Why So Few?” by the American Association of University Women, reviewed numerous studies about STEM and gender inequity and had a couple really eye-opening conclusions:

“Not only are people more likely to associate math and science with men than with women, people often hold negative opinions of women in ‘masculine’ positions, like scientists or engineers,” the 2010 report said. “Research profiled in this report shows that people judge women to be less competent than men in ‘male’ jobs unless they are clearly successful in their work. When a woman is clearly competent in a ‘masculine’ job, she is considered to be less likable. Because both likability and competence are needed for success in the workplace, women in STEM fields can find themselves in a double bind.”

So, girls are told by society that in order to pursue something they love, they must strive for perfection and then they will be punished socially for that competence if it doesn’t fit into an acceptable stereotype. Yikes – that’s quite a mind game for an adult woman to overcome, much less a 13-year-old.

(And if you think things may have changed a lot since 2010, we hate to disappoint you, but a study last year from the U.S. Department of Commerce noted that while women fill 47 percent of all U.S. jobs, they only hold 24 percent of STEM-related jobs.)

That’s why Pretty Brainy’s fierce commitment to empowering young girls pursuing STEAM is so relevant.  It’s about gaining the knowledge, but it’s also about making sure that a girl who is good at STEAM never feels she must lose that interest in order to conform; Pretty and Brainy aren’t terms that cancel each other out.

“Our live programs focus on service-learning,” Heidi says.  “It is STEAM in service to community. That's what we do!”

Pretty Brainy has an awesome website and video presence that shows the effect it is having. I particularly love this one, where girls talk about the importance of STEAM, some of the awesome women in history who pursued STEAM careers and what Pretty Brainy means to them.

As one girl named Alyssa says: “Your perspective matters – you have a place in the studio, in the lab, on the team, at the table.”

Or even in the advanced geometry class.

*Keep an eye out for Heidi’s forthcoming book. It’s titled Leonardo’s Science Workshop. It is a collection of STEAM projects, and the science behind them, for middle grade students. To be published by Quarto Press in early 2019.