Going Where the Money Is: Why Your Nonprofit Should Be Increasing Corporate Partnerships 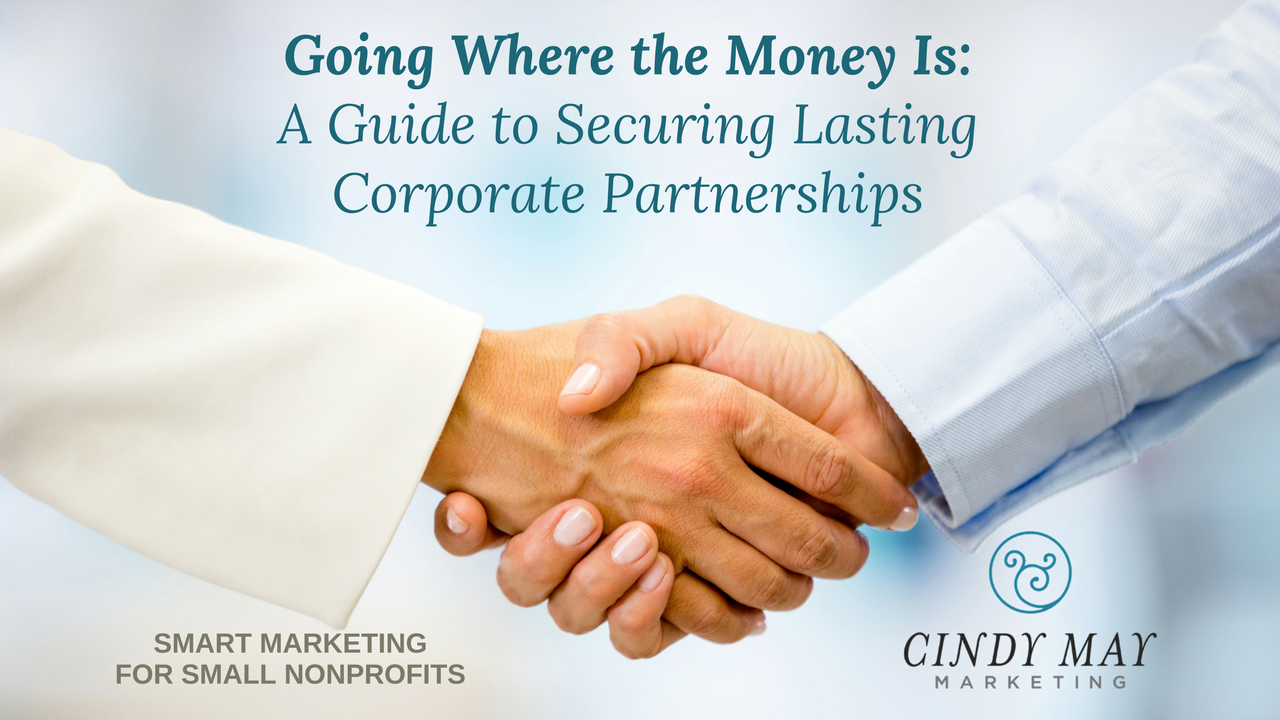 Back when the federal Tax Cut and Job Act was being debated late last year, a lot of concerns were raised about how the massive tax reform would affect fundraising efforts for nonprofits.

The main concern was over the change that essentially led to the doubling of the standard deduction on tax returns.

While an increase in the standard deduction benefits taxpayers, meaning they have more money to donate, the change is likely to reduce the number of individuals or couples who itemize, and that in turn may lead to a reduction in overall individual giving.

In fact, the nonpartisan Tax Policy center released an estimate that said it estimated that charitable giving will decline between $12.3 billion and $19.7 billion. (To put that number into perspective, individual donors were responsible for $281.86 billion in nonprofit giving in 2016, according to GivingUSA.org.)

But the biggest headline from tax reform was the lowering of the corporate tax rate from 35% to 21%, and that means nonprofits should be redoubling their efforts to secure corporate donations.

Corporations, aware that many people viewed the tax reform law as a bonanza for them, have been anxious to show they are planning to share their newfound wealth.

On the heels of the law passing, several big companies (Boeing, Walmart, AT&T, many banks) almost tripped over each other rushing to announce a slew of benefits: one-time $1,000 bonuses, increases in employee pay, investment in capital projects.

But those who were against the tax reform law quickly pointed out that for every major announcement of a bonus or pay hike, there were several other companies who planned on using the additional funds to buy back stocks or increase investor dividends.

That means there’s a greater PR incentive for corporations to find nonprofits with whom to share their newfound wealth.

Dick Bove, a banking analyst at Vertical Group, told CNBC that he anticipated banks to become bigger donors and not just out of generosity. “They are going to increase philanthropic activity because it's one of the ways they stimulate business," he said.

So now is an opportune time for your nonprofit to augment your outreach to corporate partners. Cultivating a corporate relationship takes time and effort, but the rewards can be tremendous. Careful, strategic planning can land you a new deep-pocket partner or grow an existing one-time sponsorship into a multi-year relationship that nets your nonprofit thousands of dollars.

My Nonprofit Sponsorship Guide will give you the do’s and don’ts of pursuing a corporate partner, drawing from my years of experience as a corporate Community Relations Manager who awarded major grants and sponsorships to nonprofits.

My guide shares insights to help you win the support of big business at a time when big business wants to look good in the eyes of the general public.